Chris specialises in a broad range of corporate and commercial dispute work, with particular emphasis on complex multi-jurisdictional disputes, fraud and asset recovery, contentious insolvency and bankruptcy, receiverships, shareholders and joint venture disputes, gaming disputes, mis-selling of financial products, cybercrime, audit negligence claims, SFC and ICAC investigations, employment disputes, and judicial review. He has substantial experience in injunction applications, and discovery (including Norwich Pharmacal) applications, in aid of domestic/foreign arbitrations and Court proceedings. He acts for and against numerous mainland Chinese and foreign companies/individuals in their disputes.

Chris obtained his LLB at Kings College London. He is admitted as a solicitor in Hong Kong and England and Wales. Chris is fluent in English, Cantonese and Mandarin.

Chris experience also includes representing PRC and foreign based companies/individuals in high-value arbitrations conducted under the HKIAC, UNCITRAL, ICC and CIETAC Rules. He also has substantial experience in respect of applications to the High Court to set aside arbitral awards.

Chris regularly teaches in the Insolvency Preparatory Course organised by the Hong Kong Institute of Certified Public Accountants on topics relating to liquidation and bankruptcy. 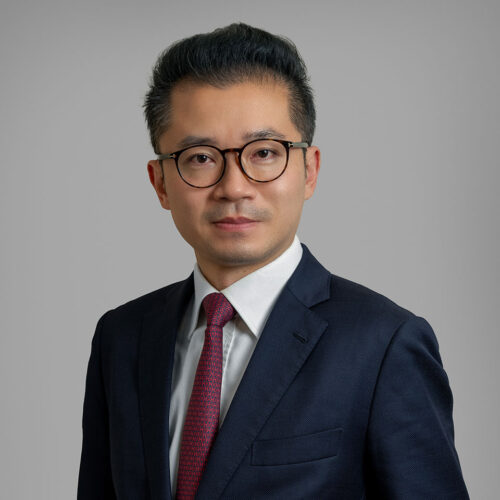 Chris Wong is a first-rate commercial litigator with very good judgement on the appropriate strategy to suit client needs; he is knowledgeable in the law as well.

He’s particularly good, very practical, always very helpful and genuinely wants to help clients. I recommended him to a friend once and she felt he was very sincere in wanting to solve her problem.”

Chris Wong is excellent and all-rounded and has a wealth of experience. He knows the courts and the market well.

Chris always leads his team very well, and he strikes an excellent balance between being hands-on and delegating where appropriate.

Chris is a very attentive partner, and strikes a good balance between delegating and being hands on. He is always practical and helpful.

A brilliant communicator and can always come up with innovative ideas.

A wise and capable litigator.

He’s very much what a client is looking for; he’s good value and responsive, with all-round experience; a strong choice with a very client-minded approach.

Very responsive, very dedicated and very easy to talk to.

He’s not an ivory tower kind of chap, he wants to get the job done.

Responsive, easy to communicate with…

Chris Wong is very hardworking, and he manages his team extremely well.

Gall, especially partner Chris Wong is very diligent and meticulous. Our claim involved many complicated calculations, and Gall did an excellent job putting all that together.

Recognised as a Litigation Star

“Gall, in particular the partner Chris Wong, is always a pleasure to work with. The firm is efficient and resourceful, and Chris possesses an excellent combination of good legal knowledge, client liaison skills and practical commercial sense.”

“Excellent practitioner. Extremely responsive. Able to act in emergencies with great professionalism. Good at explaining the various steps and what a client can expect.”

Chris Wong is measured, calm, practical and knowledgeable. Always a pleasure to work with.

A hard worker and first-rate lawyer.

Chris Wong earns a banded ranking after winning praise from market commentators, with one singling him out as “particularly good” at being “practical and realistic about the challenges” while “listening, understanding and being prepared to explain things.”

Chris is highly responsive, user-friendly and has an excellent sense of his clients’ core concerns and objectives

Ranked as one of the “Best Lawyers” for service quality

“He is excellent.”
“Chris Wong, the executive partner, is practical and knows his stuff!”

“Chris is thorough, reliable, quick and is a good communicator,” says a client.

The ‘extremely sharp’ Chris Wong has a broad practice that takes in bankruptcy, insolvency, commercial disputes, fraud and asset recovery. He is frequently instructed by insolvency practitioners, often in cases with a cross-border element.

Please fill in the form below and one of our team will respond to you as soon as possible.